Though it is with great sadness that we say goodbye to Ron, his deep influence will continue through his many personal contacts and friendships across the world.

Type 1 diabetes (T1D) registries, global education through the internet, the health benefits of activity and moderate alcohol intake, the wonders of the Library of Alexandria, WHO, PAHO, NASA, mobile phones for the homeless and geoglyphs -these are but a few of the many interests to which Dr. Ron LaPorte has made pioneering and/or major contributions. To his many friends and collaborators across the globe he was both the inexhaustible investigator who led them down the path of constant enquiry and also an instant friend who brought energy and fun to any gathering. 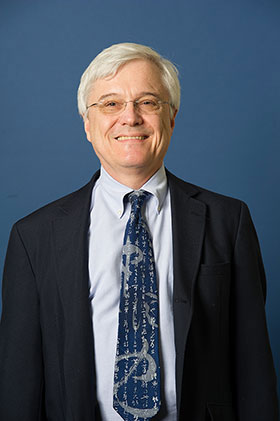 The start of his epidemiologic career was fortuitous rather than a carefully planned process. While completing his PhD in Psychology at the University of Pittsburgh in 1976, his Chair, who Ron had never previously met, informed him of an opportunity for a post doc fellowship in Epidemiology under the tutelage of the new Chairman of Epidemiology at GSPH, Lew Kuller who was building a research program. Though knowing nothing about Epidemiology on meeting Kuller, Ron was entranced (as are many) by his inquisitive, stimulating nature and the somewhat chaotic appearing office cluttered by books, papers and assorted travel items. It was a perfect match for Ron, enabling him to pursue his thirst for acquiring and spreading knowledge and he immediately delved into epidemiologic research with a fervor that never diminished ….. though its direction took many turns.

Focusing first on Lew’s CVD interests, Ron examined the benefits of not only activity (Ron was himself a regular jogger) but also alcohol showing the positive effect on the emerging “good”, HDL, cholesterol. He proposed to the American Heart Association Epidemiology Council in the early 80’s at its annual meeting that alcohol intake should be considered as a possible cardiovascular preventive strategy. While at the time he was literally pilloried for such a brash suggestion, most authorities have since accepted the cardiovascular benefits of low-moderate alcohol consumption. He later challenged the physical activity world when he proposed that duration of moderate intensity activity might be more beneficial to the public’s health than high intensity workouts. These were examples of Ron being ahead of his time, another being his early recognition of the imminent decline of printed medical journals with his prophetic 1995 BMJ paper “The Death of Biomedical Journals”. 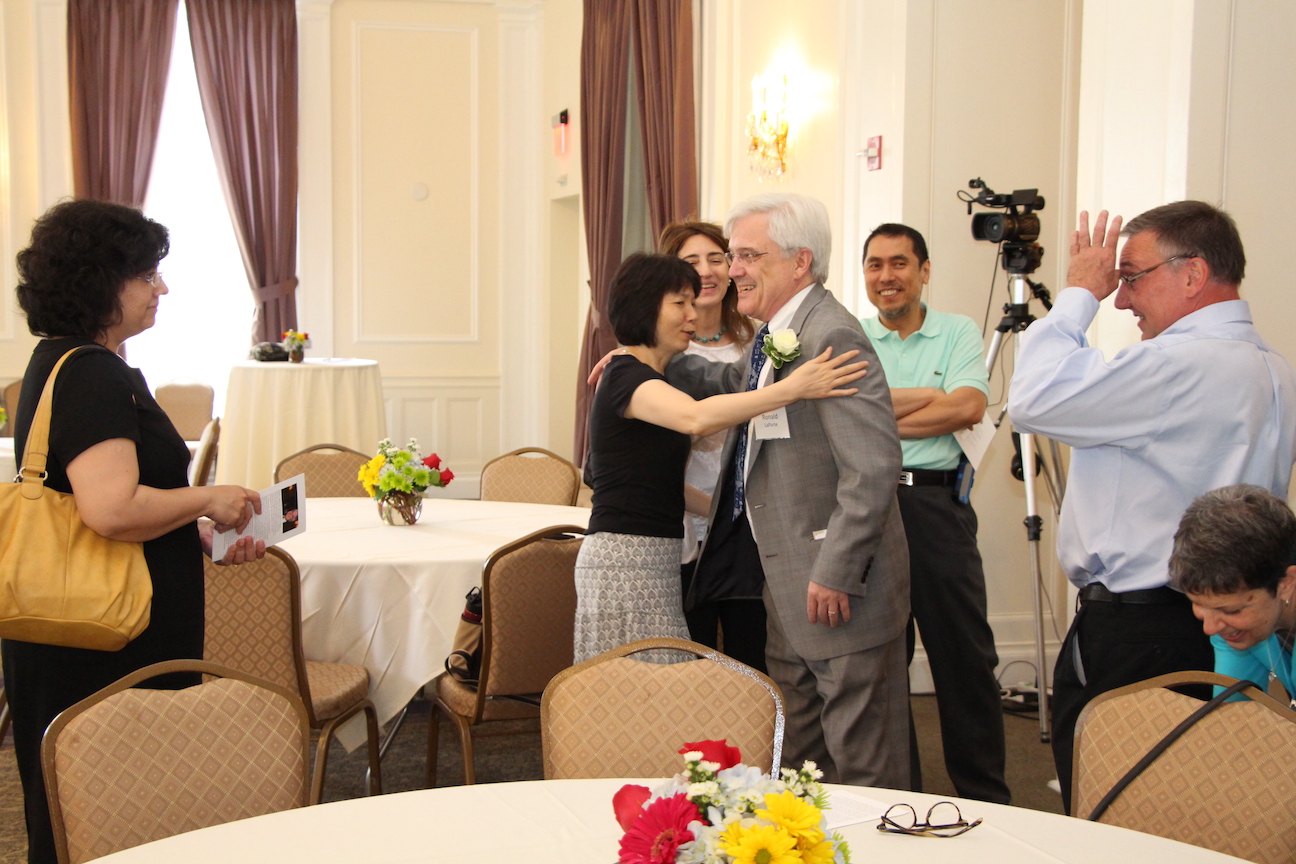 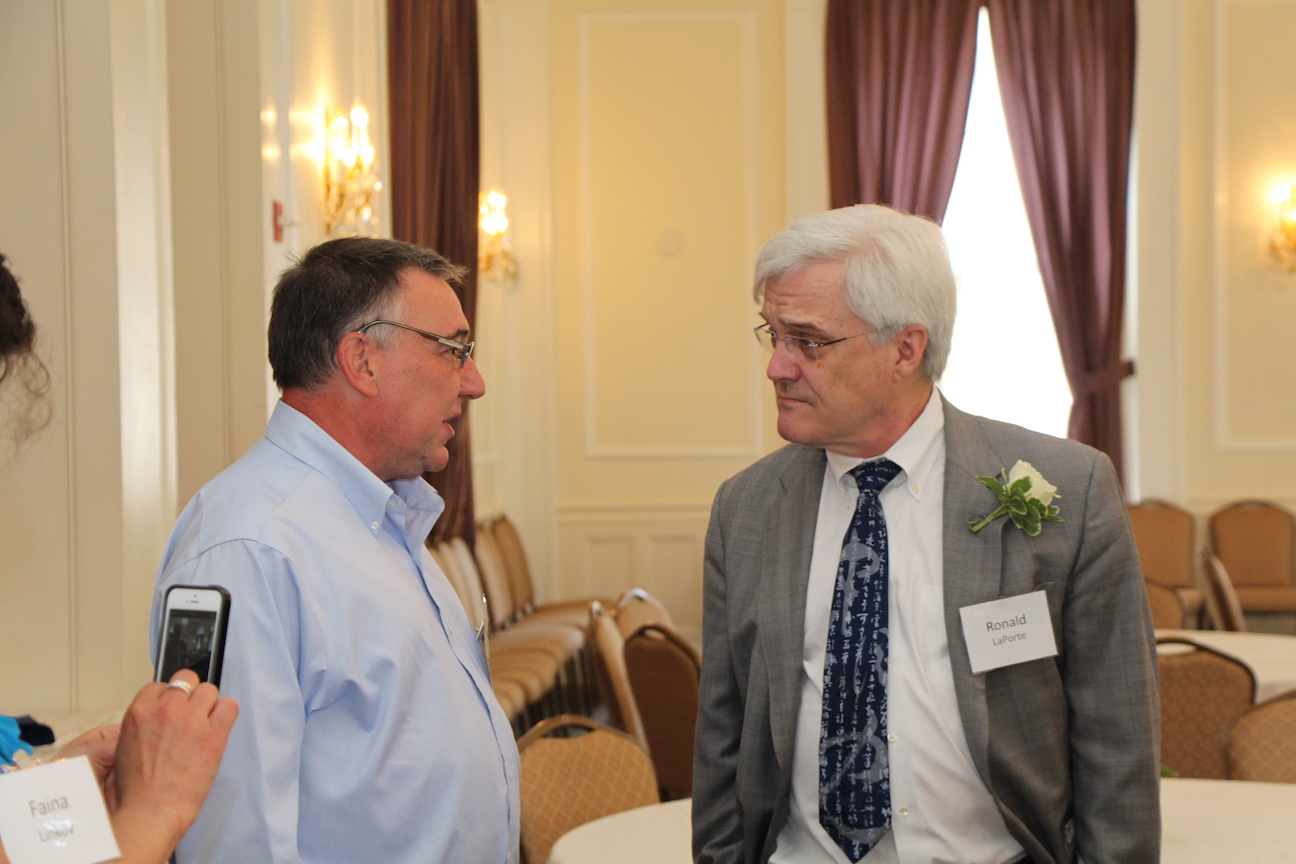 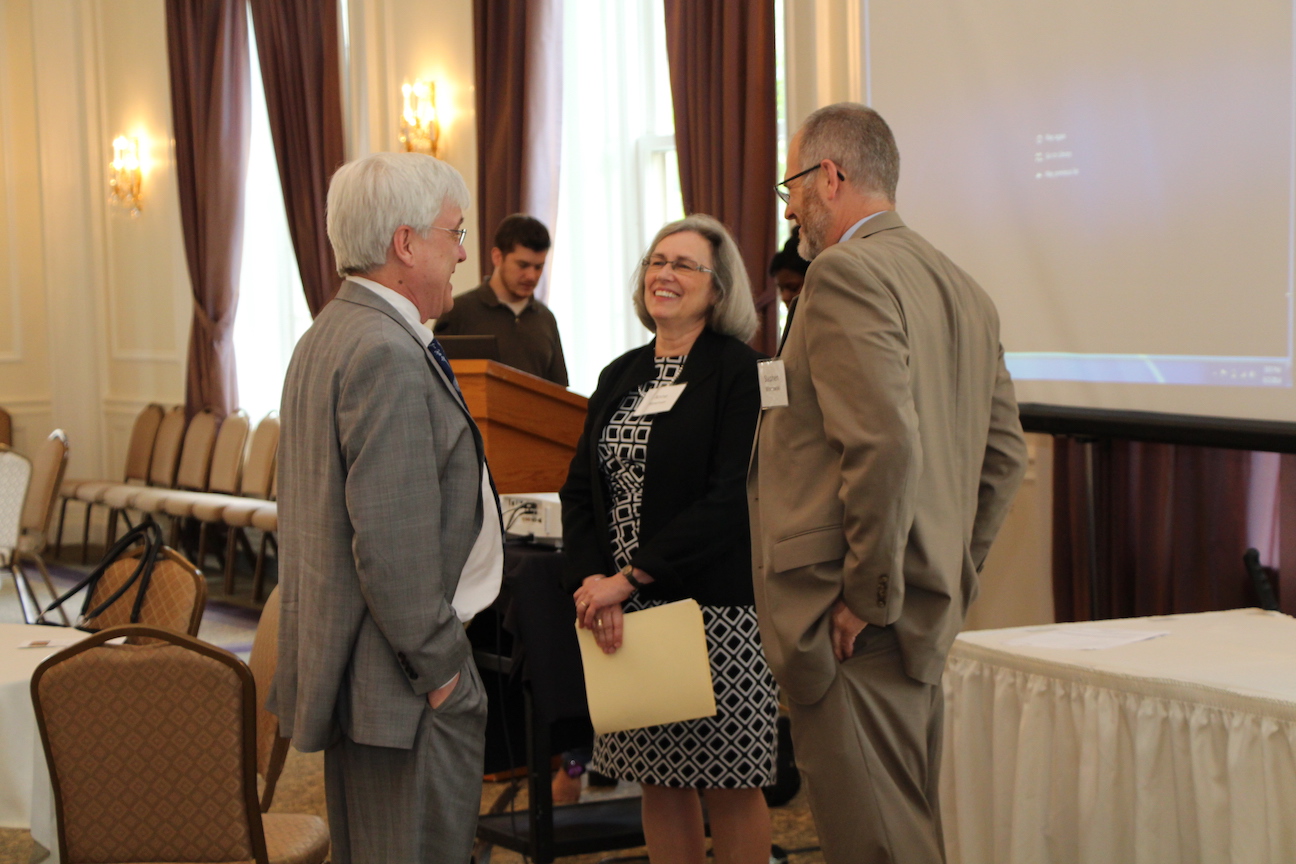 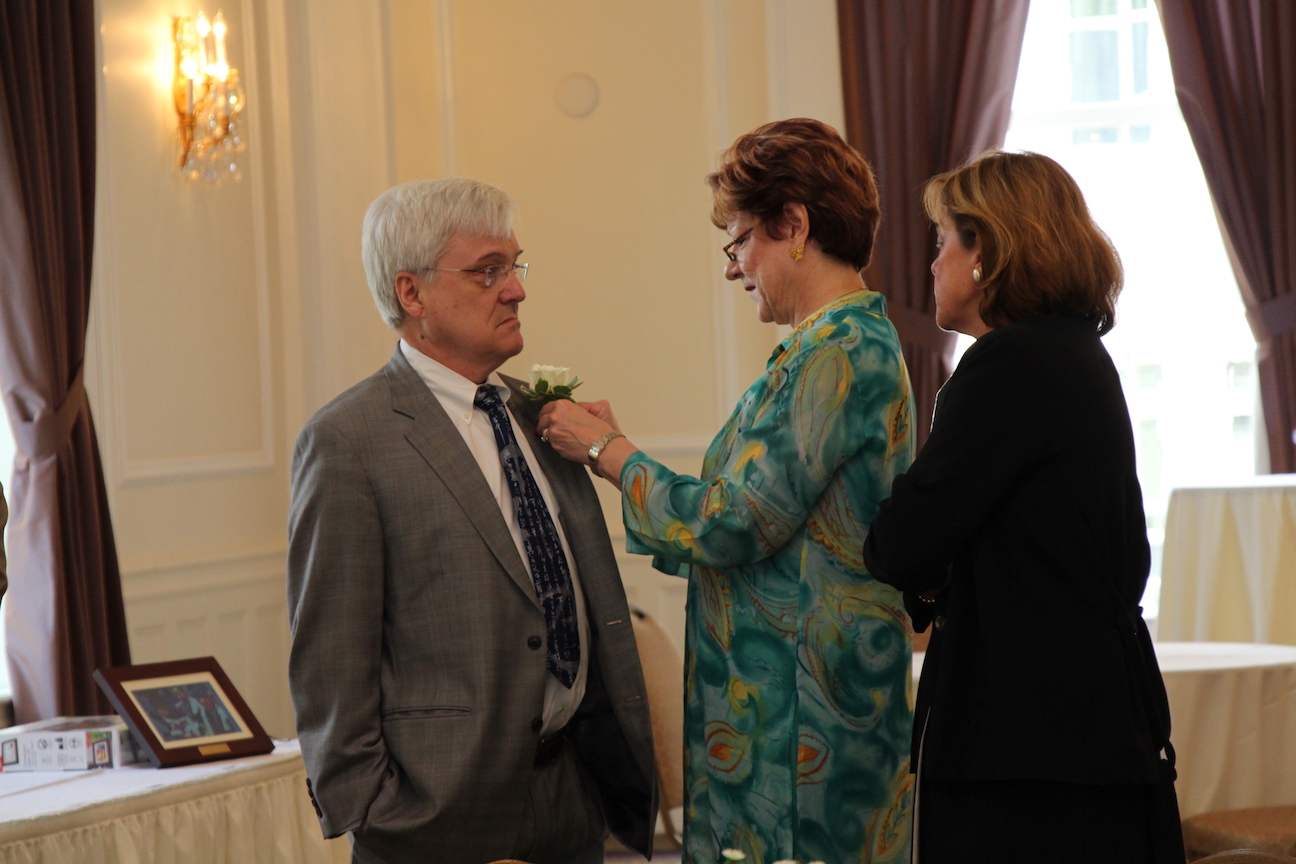 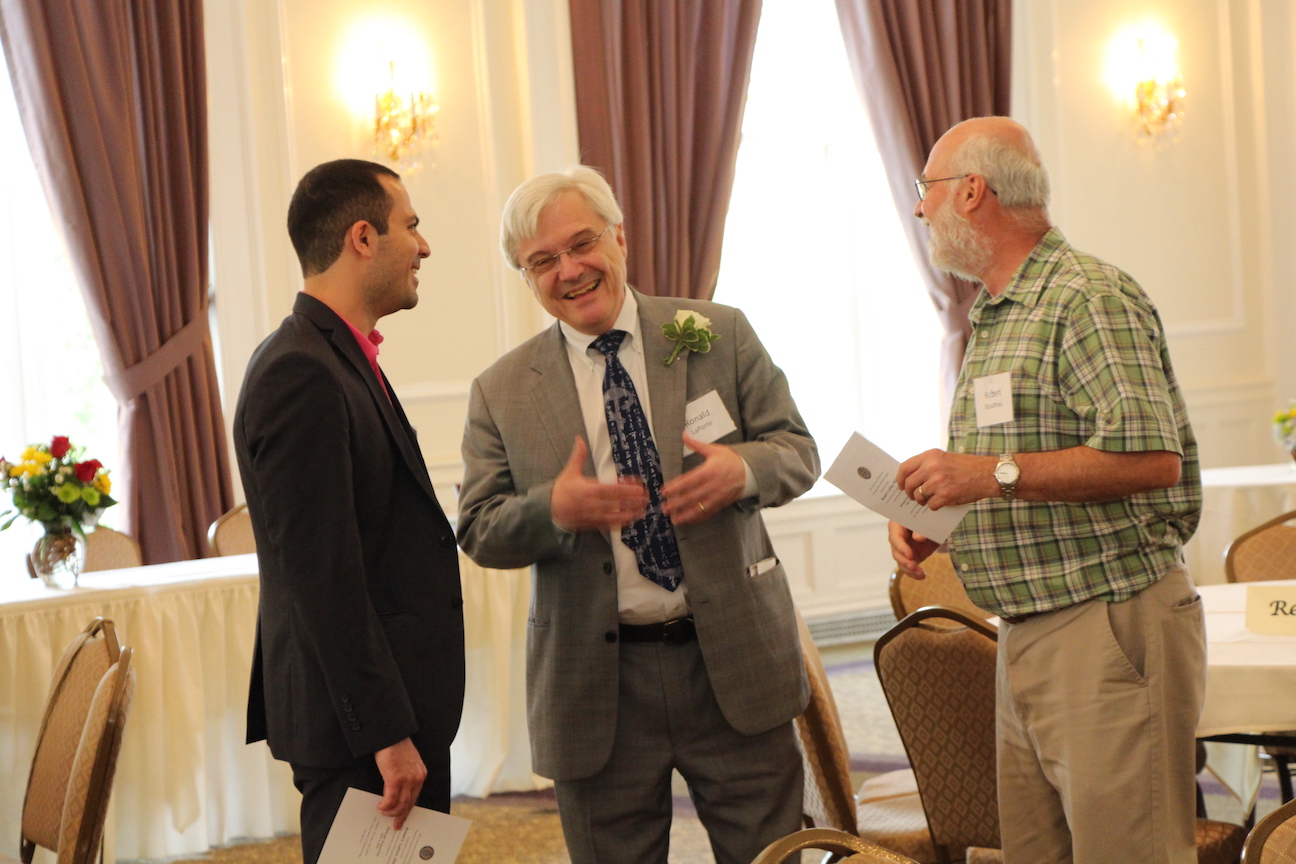 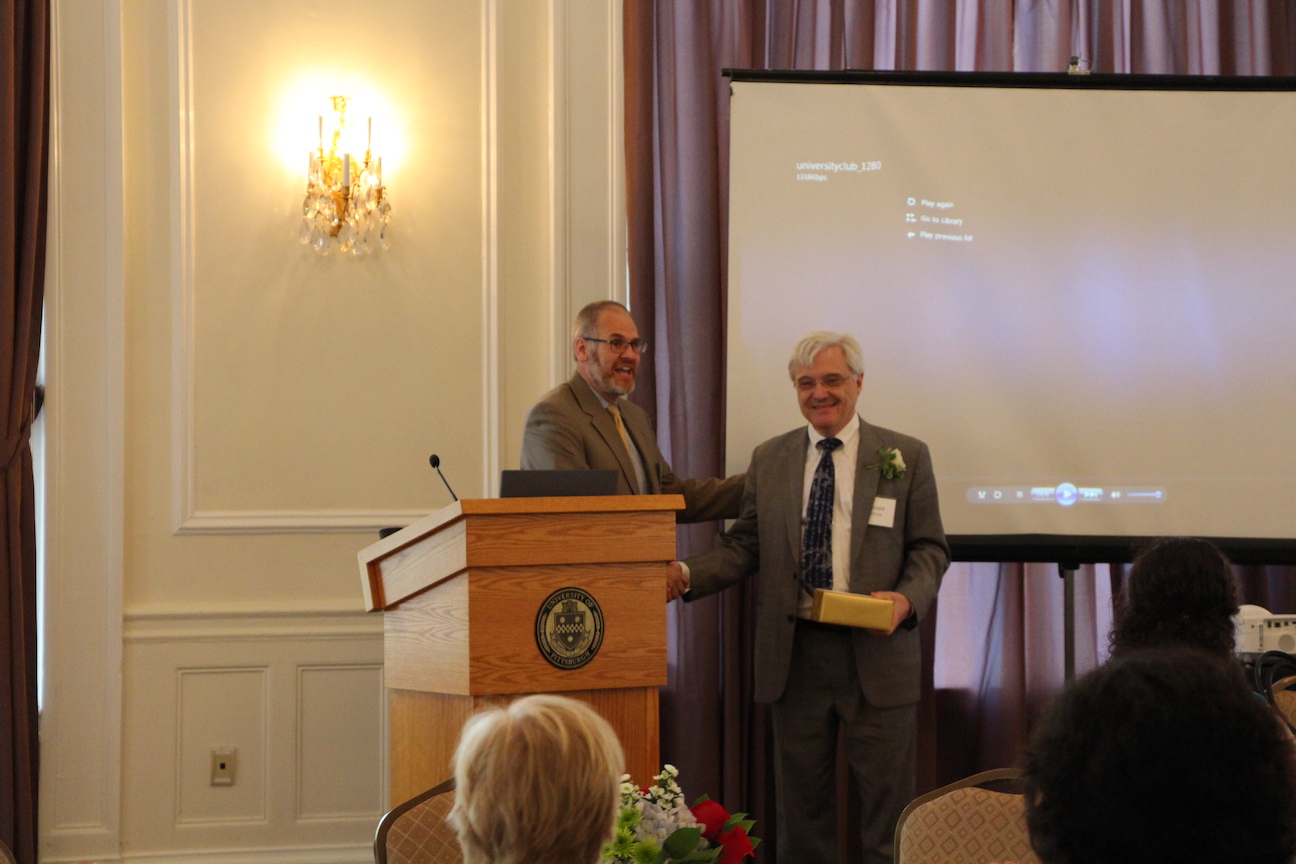 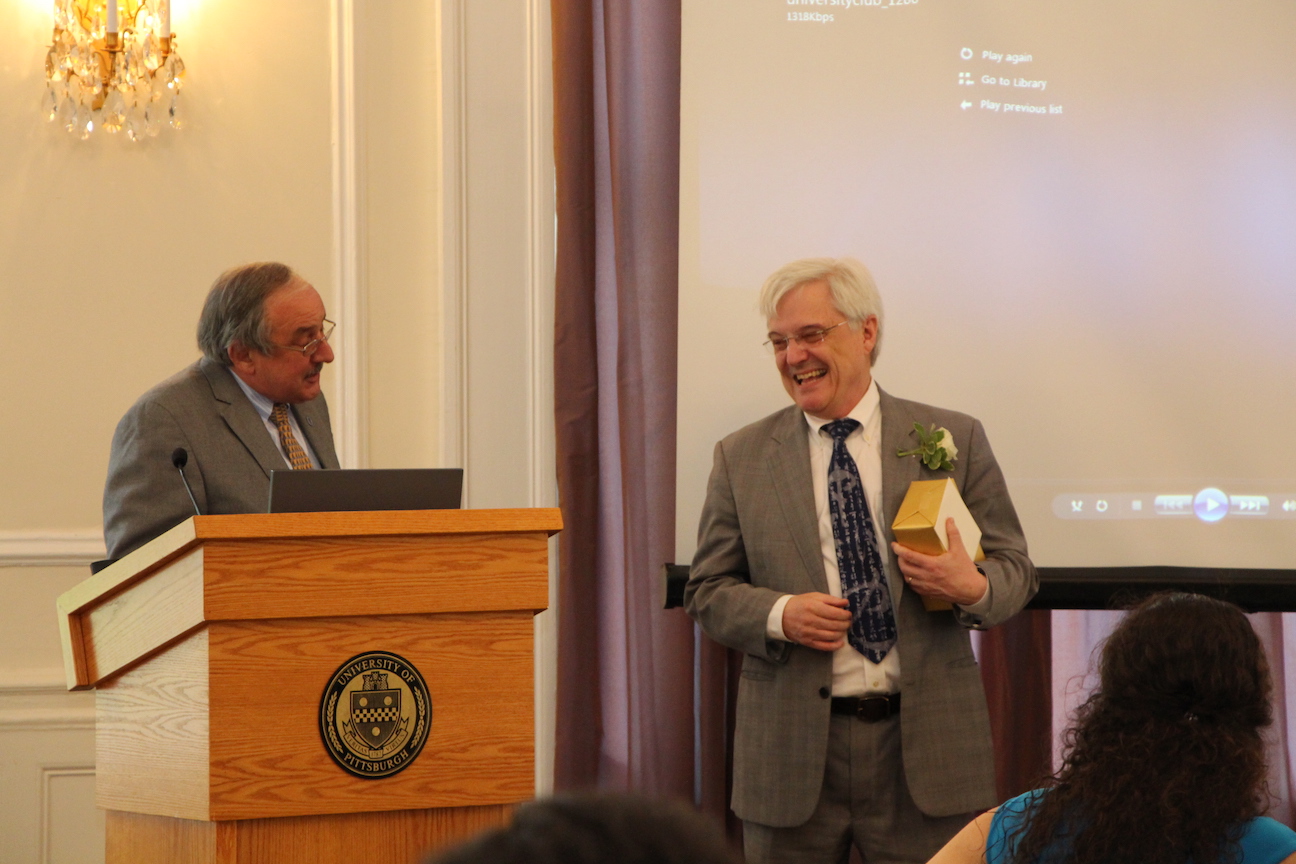 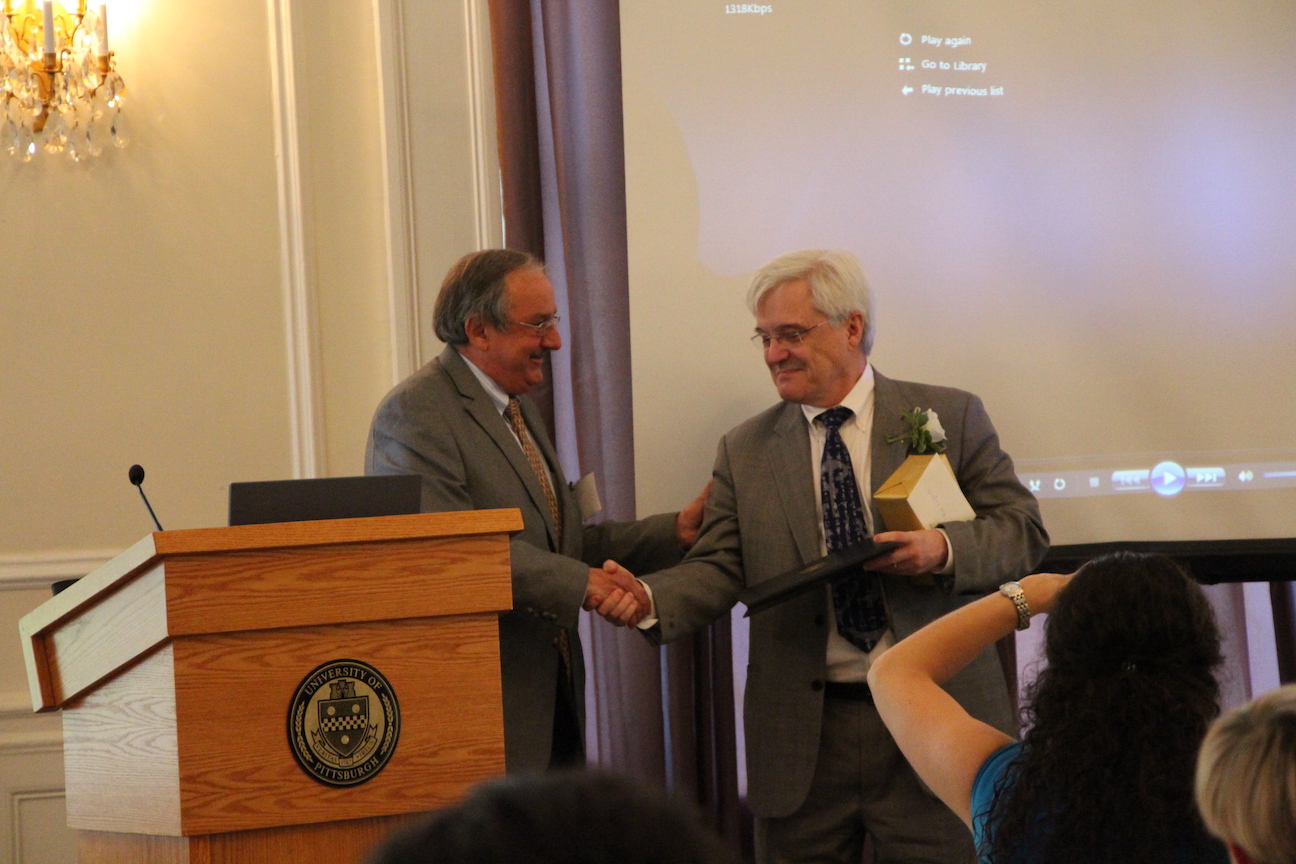 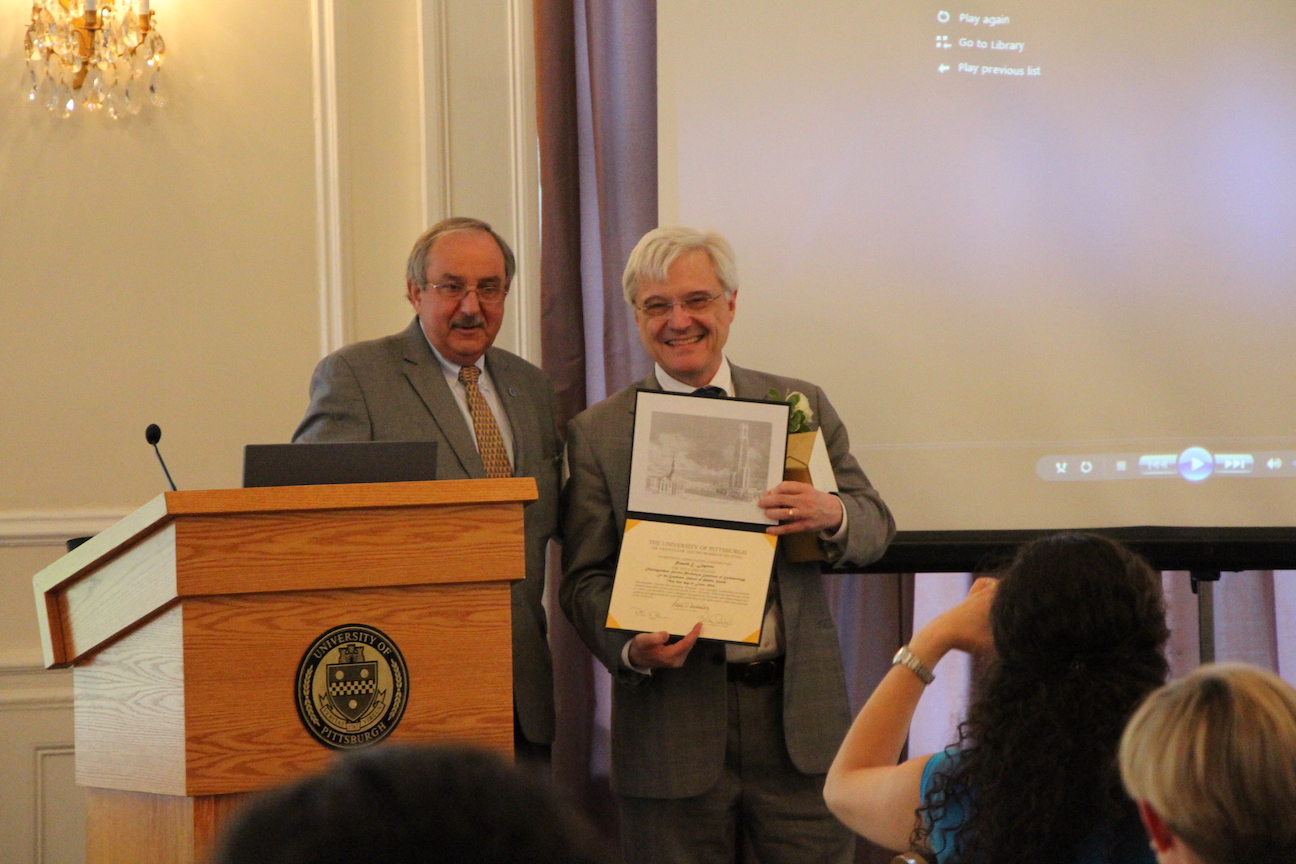 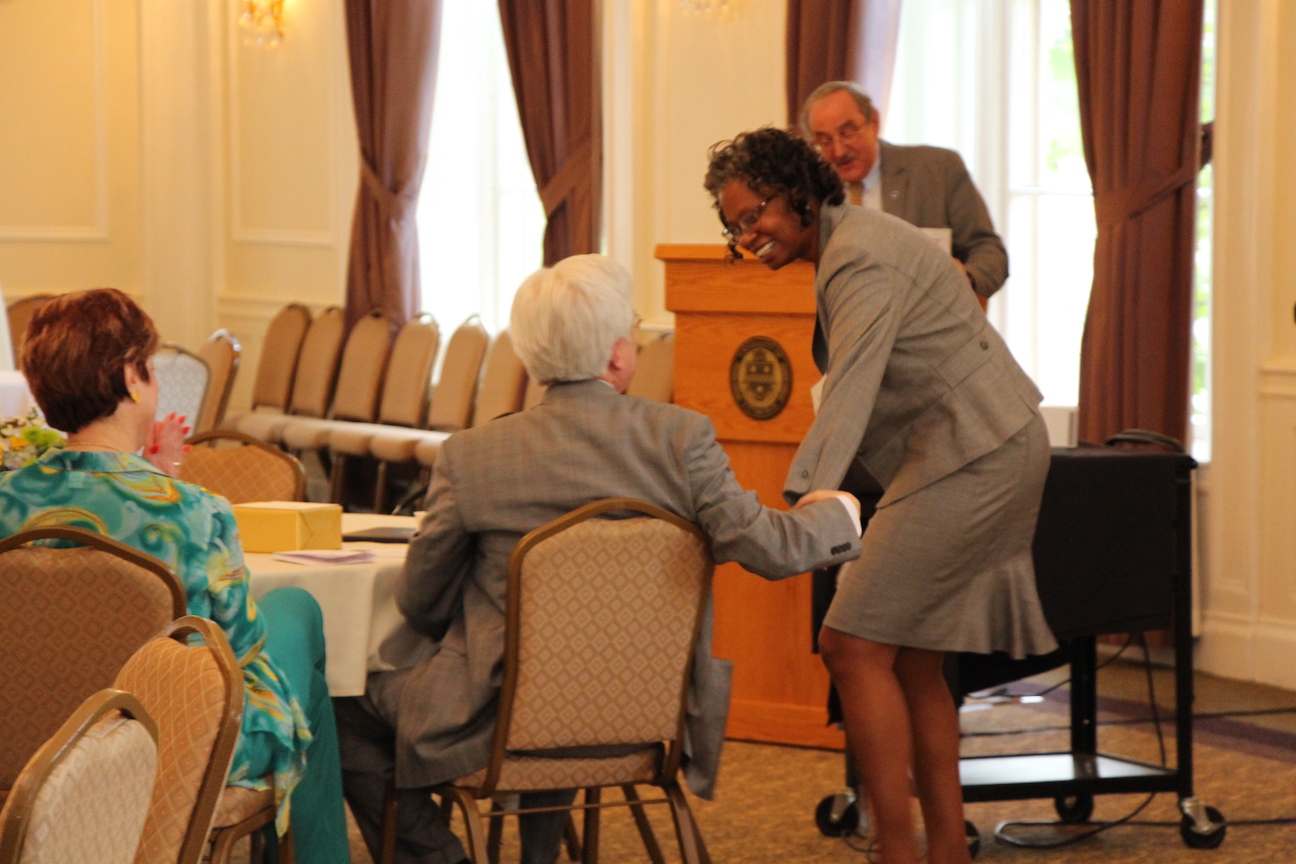 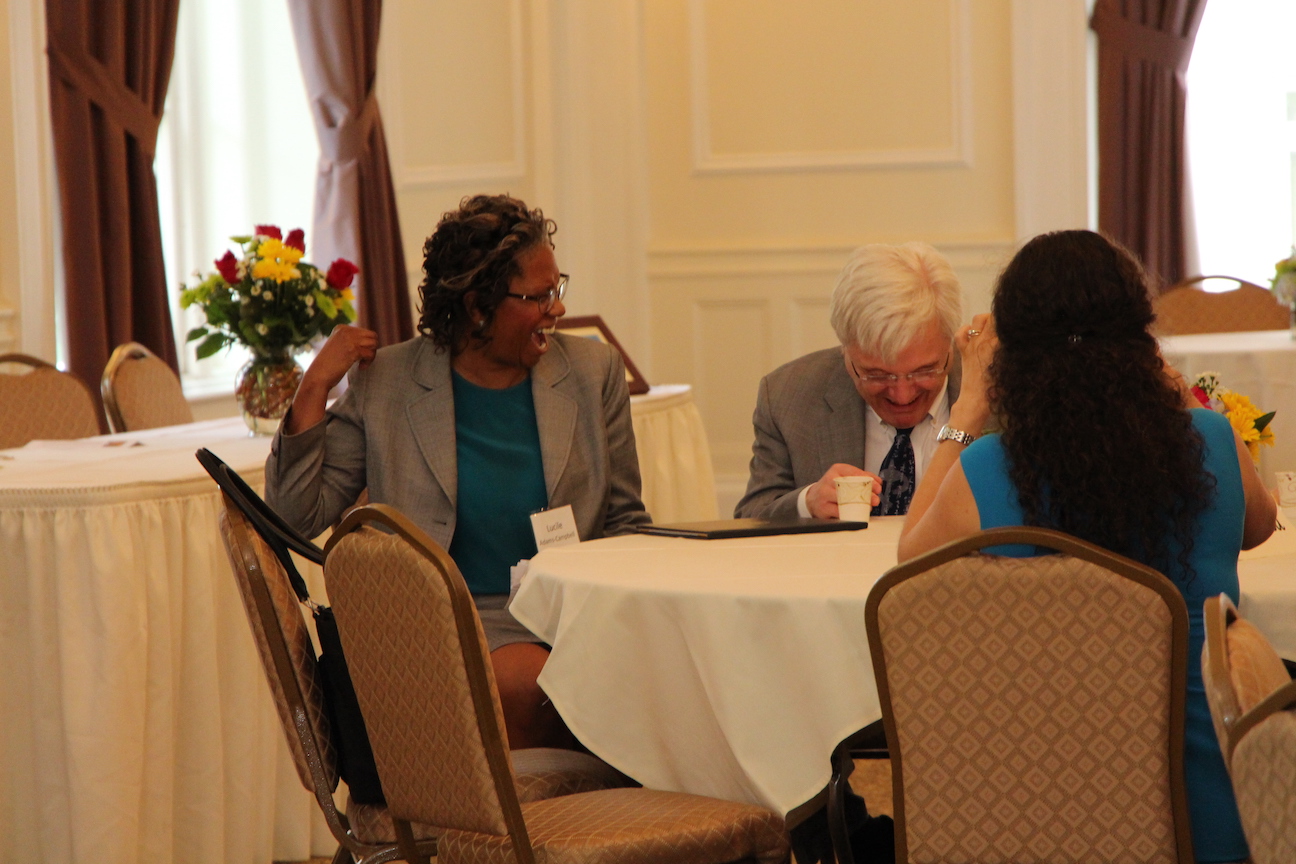 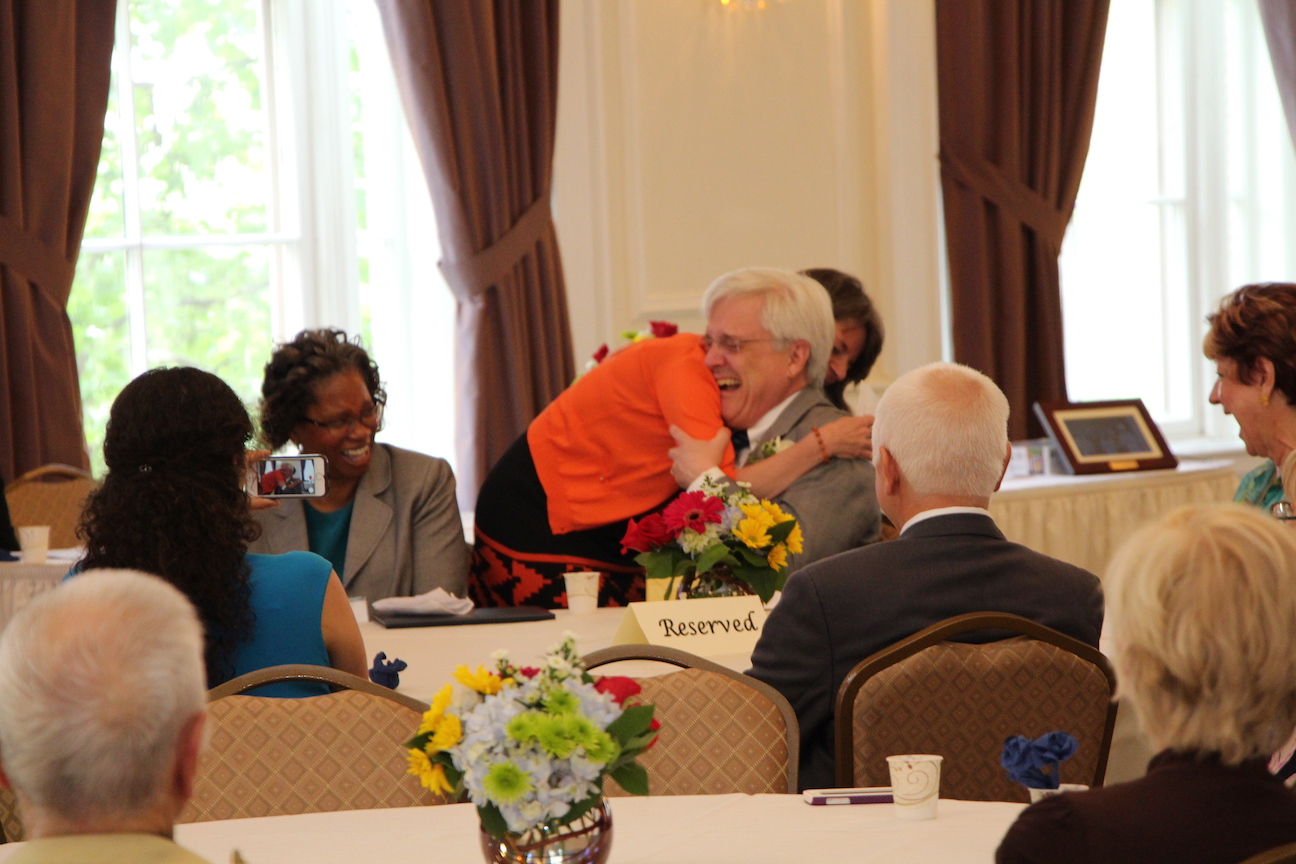 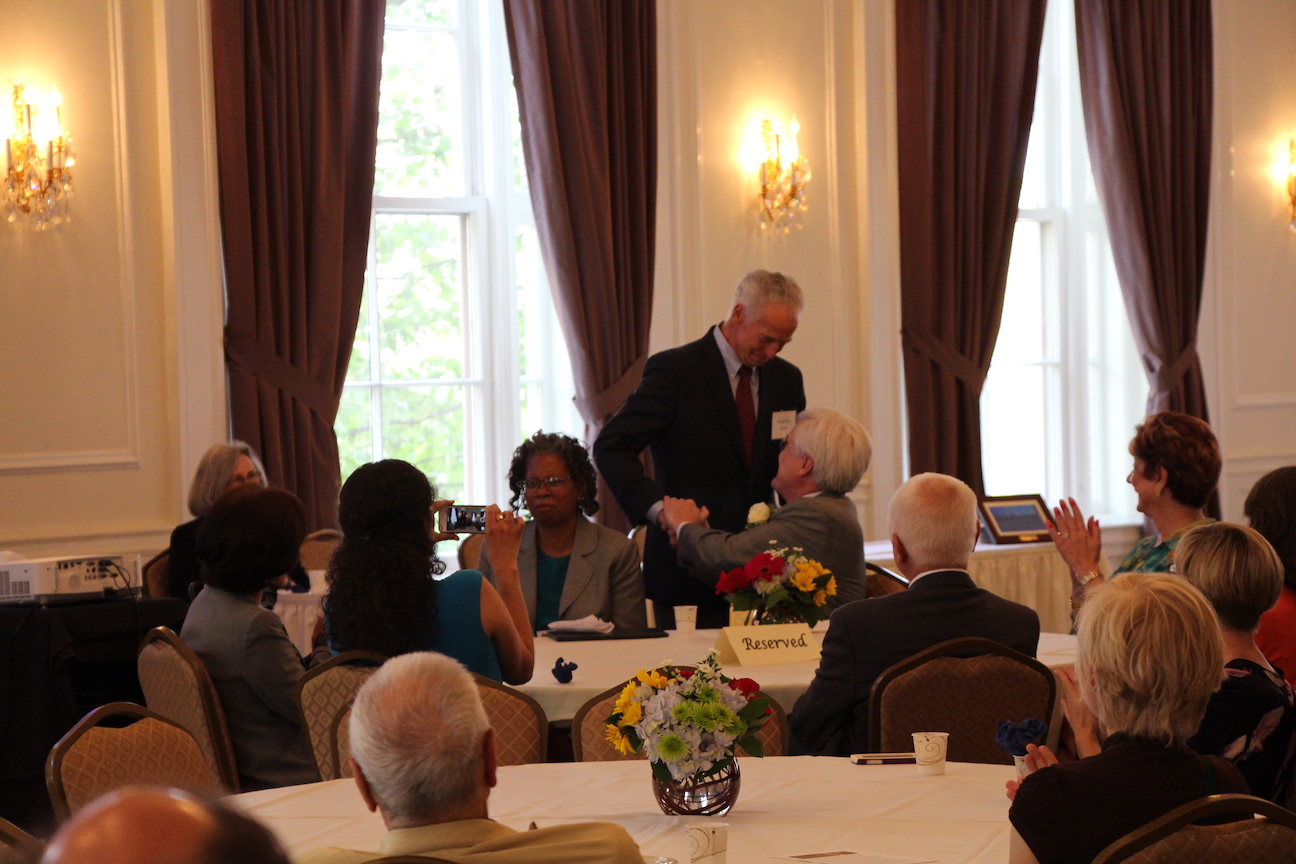 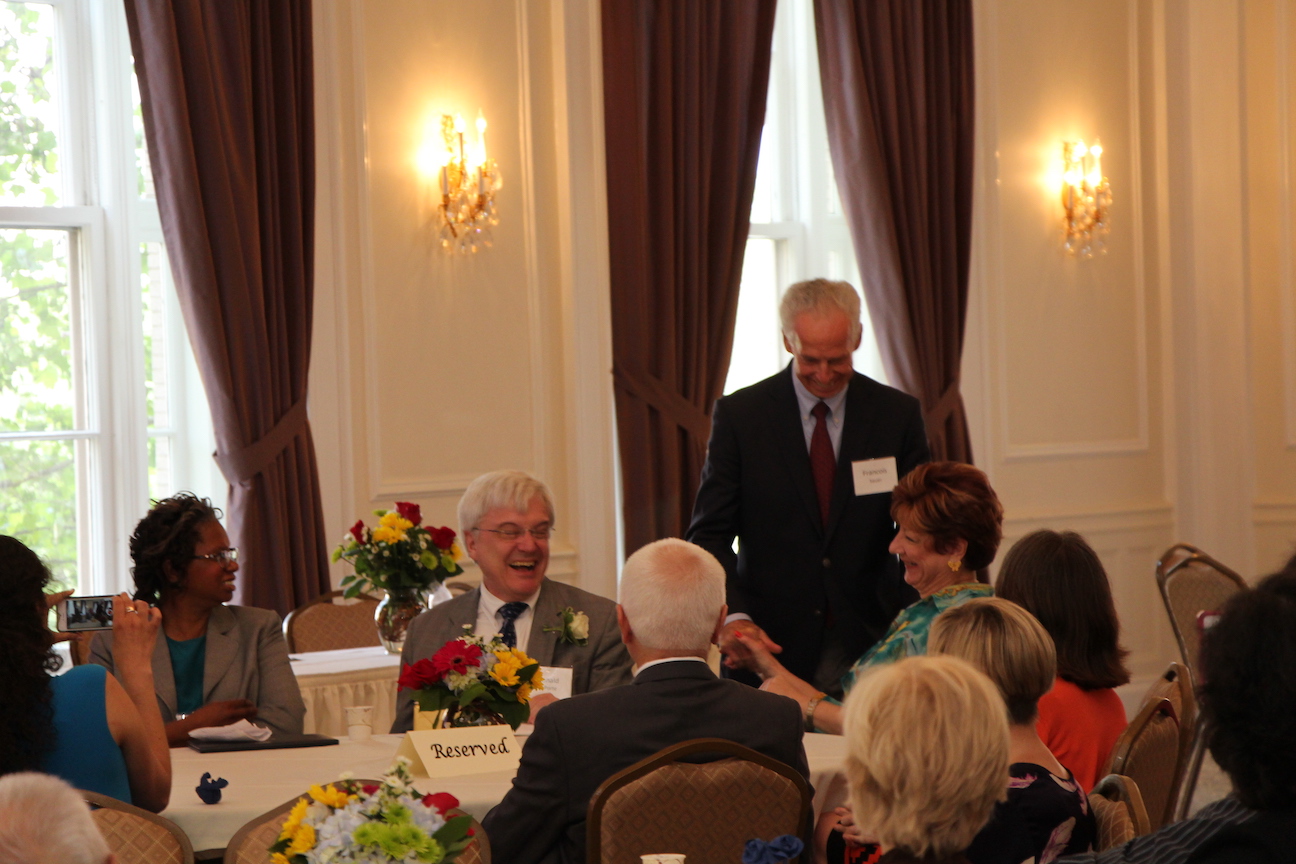 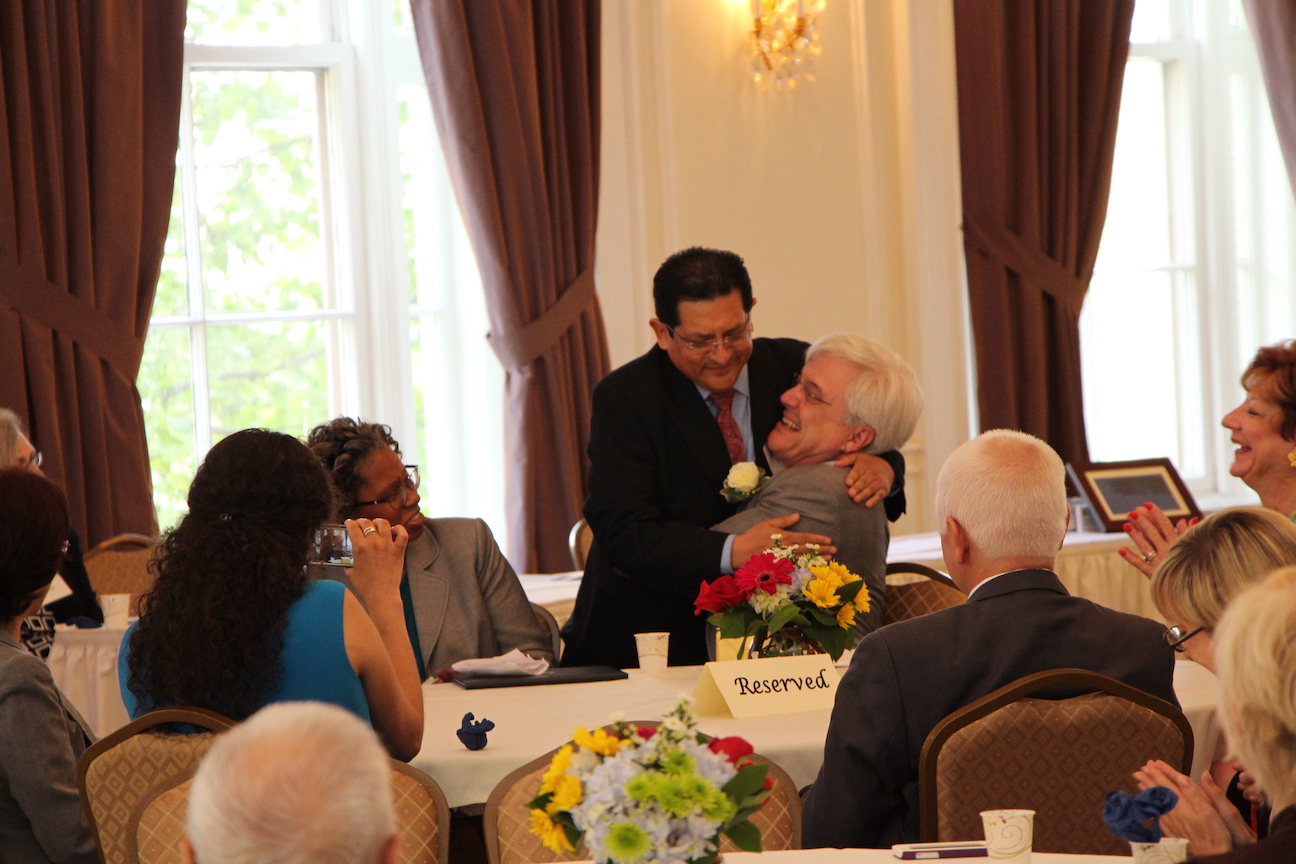 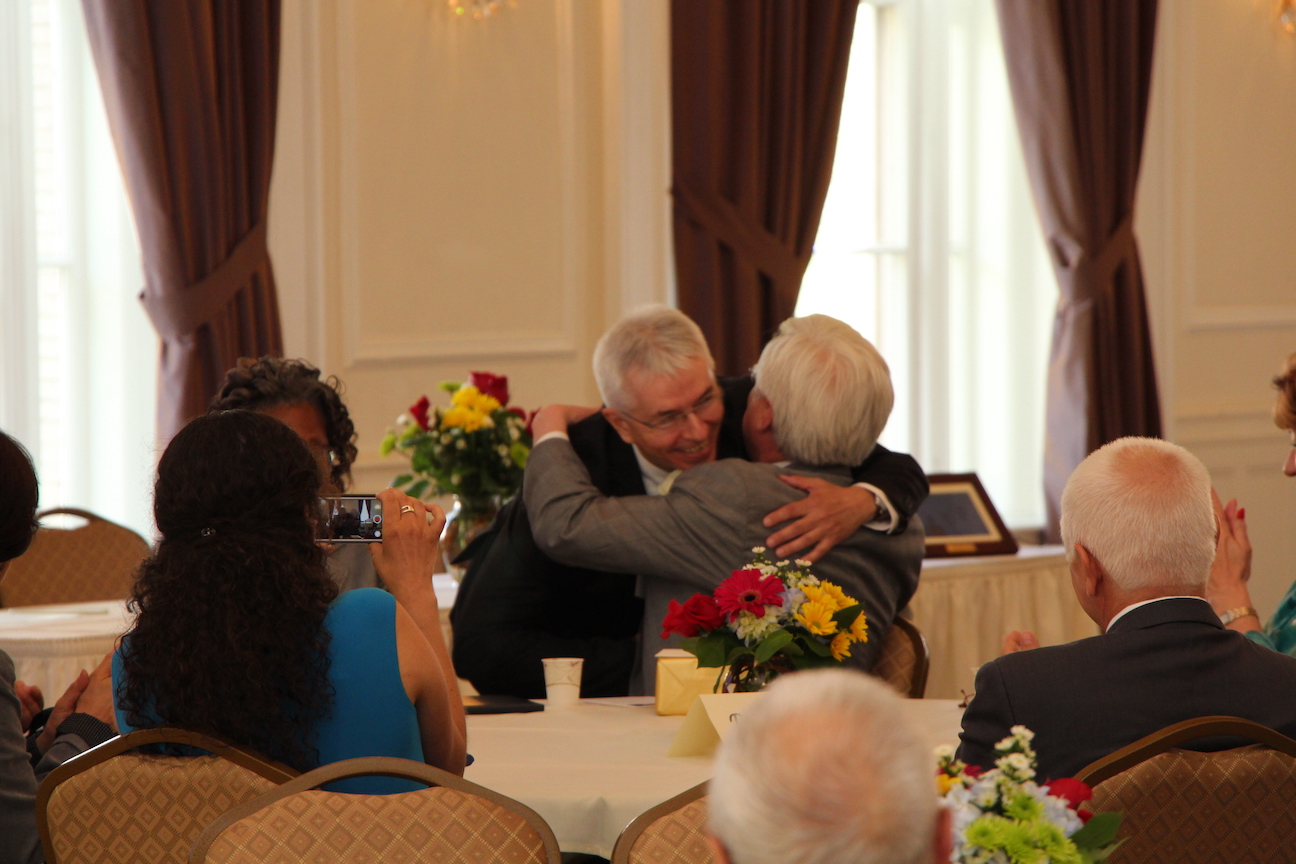 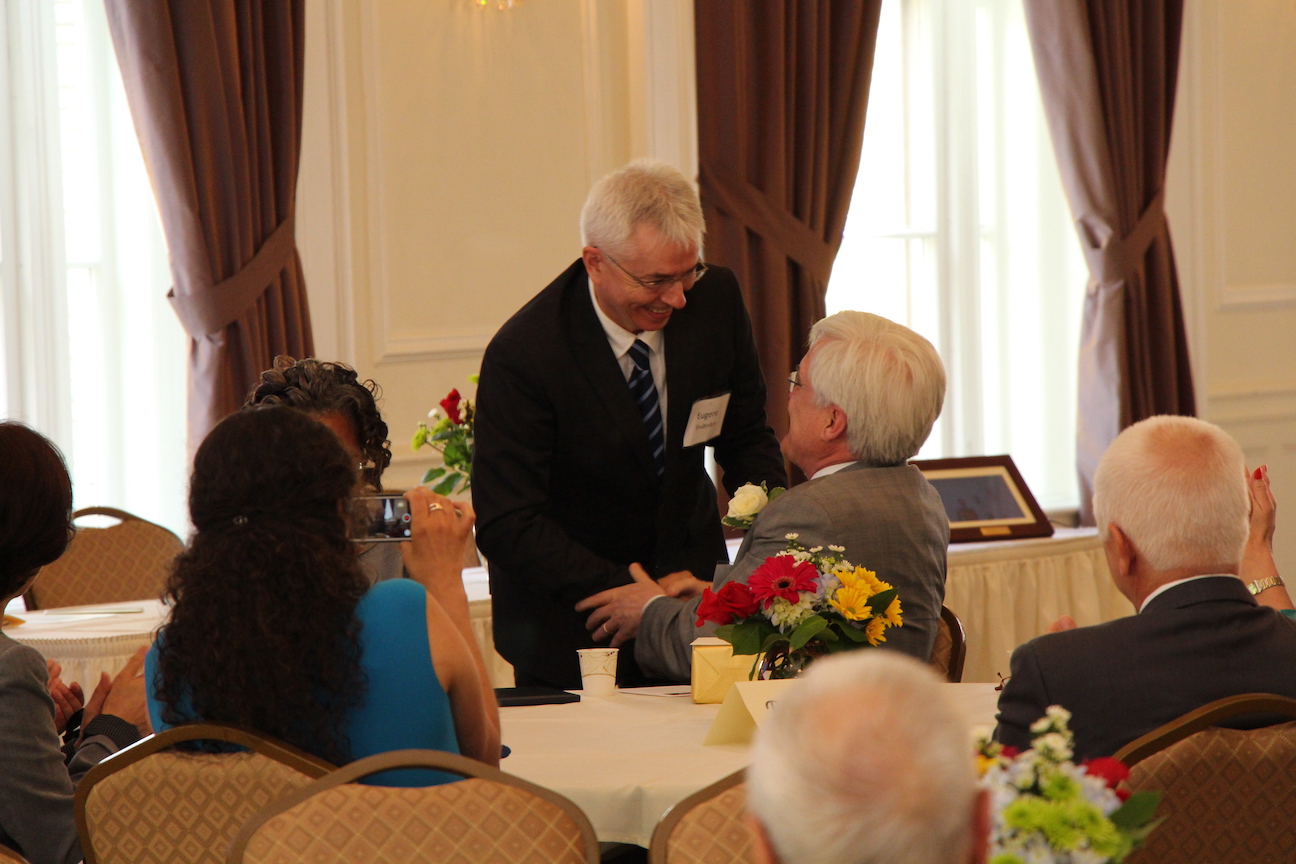 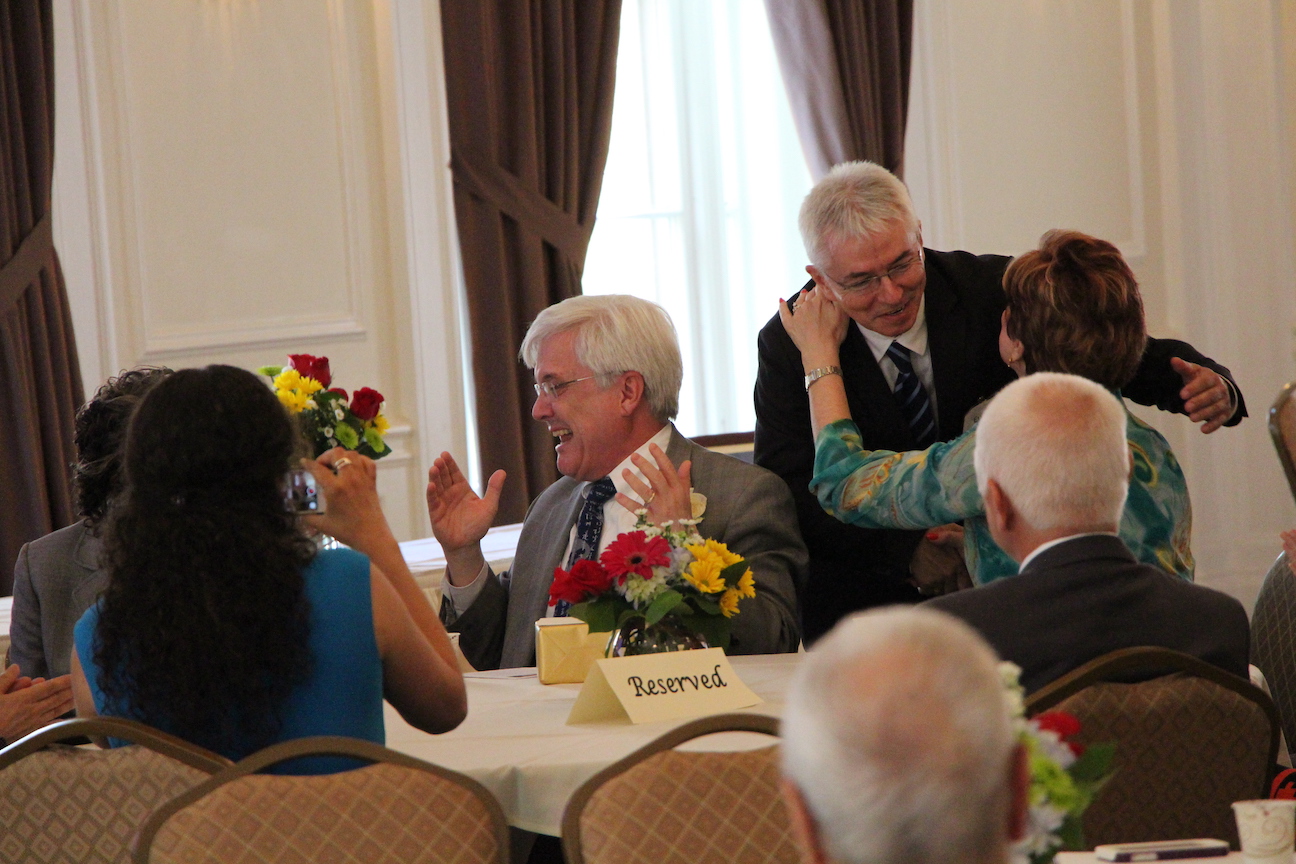 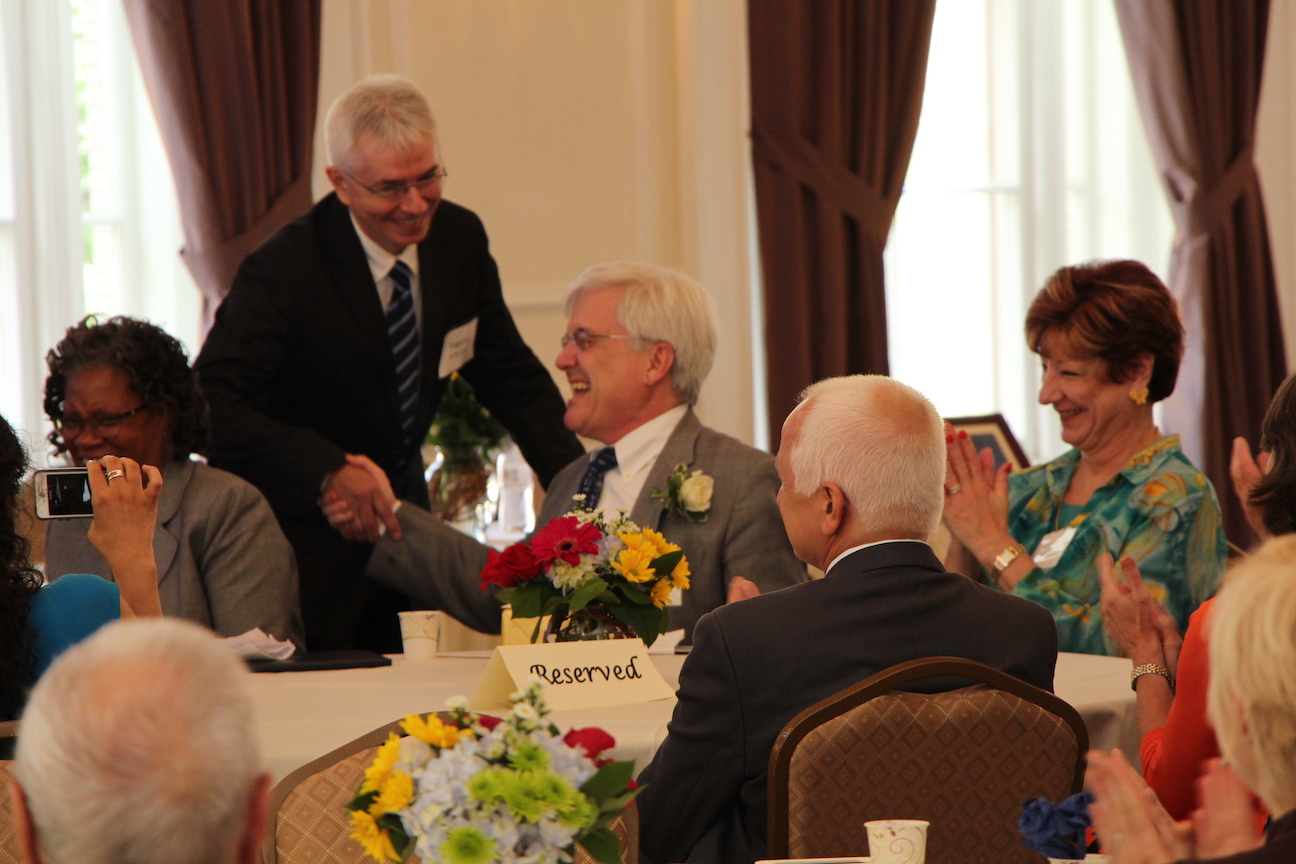 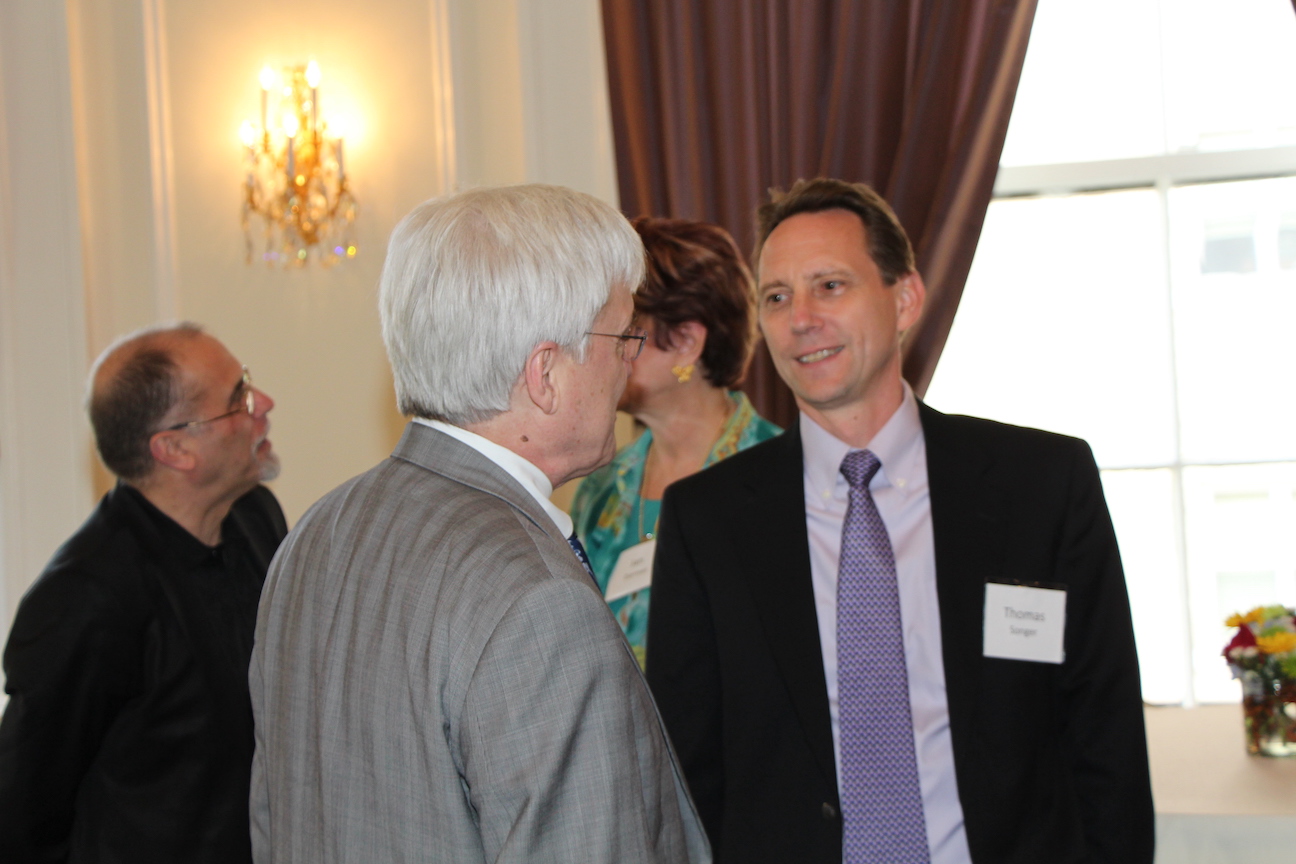 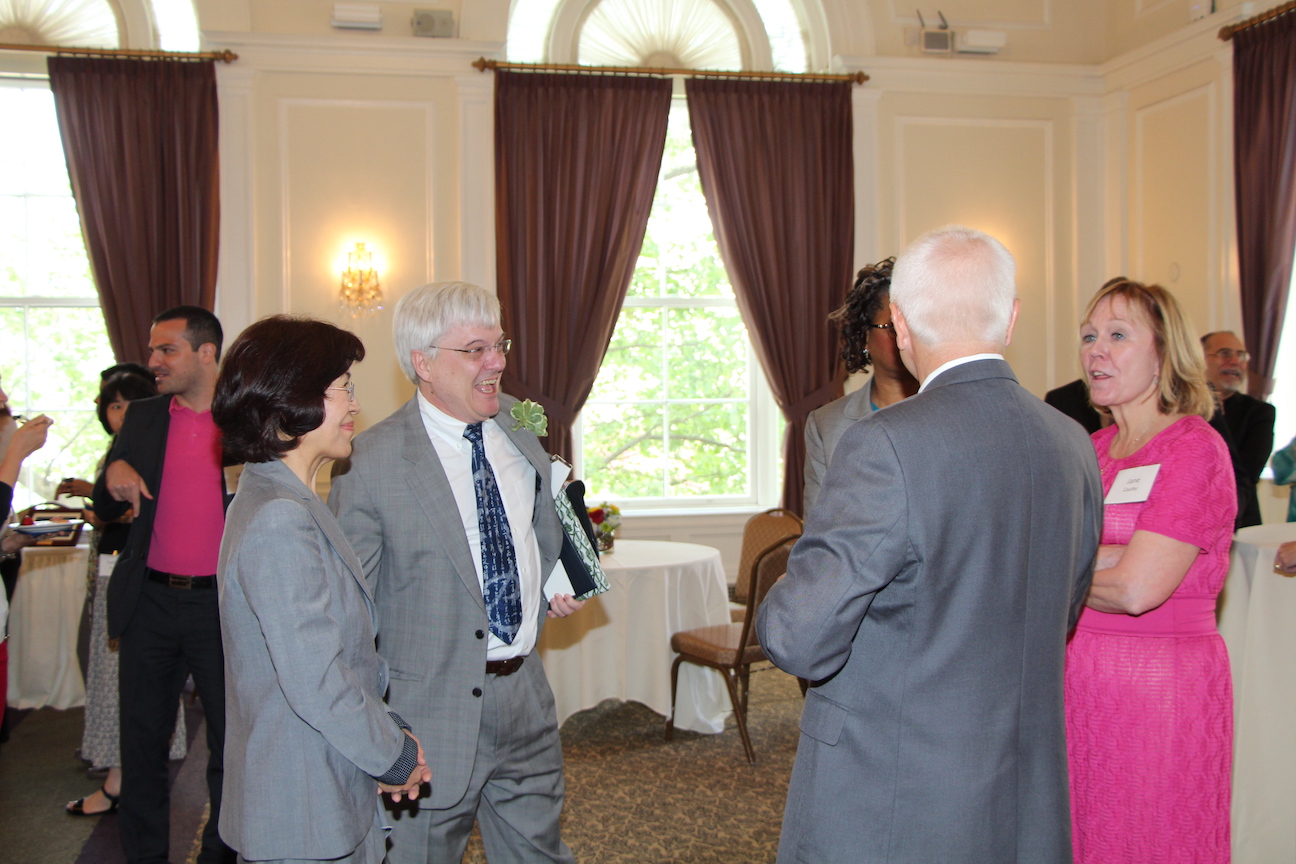 T1D is probably the disease with which Ron is most closely associated. Indeed, his pioneering contributions laid the foundation for not only T1D registries worldwide but also set a standard for epidemiologic international collaboration. Working closely with his colleague from Finland, Dr. Jaakko Tuomilehto and Dr. Hilary King from WHO, he persuaded over 100 investigators from more than 50 countries to set up registries of childhood onset T1D in a study called the WHO DiaMond Project, DiaMond being short for the French term Diabetes Mondiale. This was based on the design of the T1D registry established in Allegheny County, Pennsylvania. The most remarkable feature of this project was not the extensive and novel data collected, nor the methodology that was established (including capture-recapture to determine completeness of case ascertainment), rather it was the fact that this was achieved with virtually no funding despite WHO recognition. Ron’s enthusiasm, passion and willingness to help collaborators day or night was sufficient for them to work, for free, on this project and on related studies like Diacomp, a worldwide study of T1D complications, and Diabetes Epidemiology Research International a four country study of mortality which developed a standardized classification process for mortality in T1D. His registry work also paved the way for early population genetic studies of T1D, the focus of his future wife’s research, and his major role across the world in organizing short intensive Diabetes Epidemiology Training Courses. These were modeled on the pioneer course in Cambridge, England for which he was a member of its founding faculty. His contributions to diabetes and registries led to the establishment of a WHO Collaborating Center at the University of Pittsburgh, for which he was the director, and his being an early recipient of the Kelly West Award for Outstanding Achievement in Diabetes Epidemiology from the American Diabetes Association in 1988.

Sadly, for the diabetes world, Ron’s attention and energy moved away in the mid 90’s from diabetes to the emerging entity known as the” internet” where he collaborated with many of its pioneers including Vint Cerf. Ron was quick to realize the enormous potential of the internet for delivering health education and knowledge far and wide and soon established the ‘Supercourse’, a collection of PowerPoint lectures from leading experts on all aspects of Public Health (sites.pitt.edu/~super1). Again, his persuasive and engaging personality led many volunteers to submit lectures for free to this endeavor after he simply asked them to “just send us the slides from your favorite talk and we’ll deliver your message to thousands”. Indeed, thousands of lecturers did respond and now the Supercourse (aka ‘Epidemiology, the Internet and Global Health’) has now grown to reach approximately 2 million scientists and students worldwide and is the repository of 203,050 lectures in 38 languages. While Ron could have developed this network as a profitable commercial entity, he chose not to do so as his prime goal was to spread knowledge to as many people as possible at no cost to the ‘consumer’, thus bringing the best lectures from the leading experts to anyone with an internet connection. Though it was criticized for not being peer reviewed, Ron felt that the resulting speed of presentation (many lectures were on current issues and thus ‘Just In Time’) outweighed this concern and likened the Supercourse lectures to those of an Academician whose internal lectures are not generally reviewed before presentation.

In his retirement and before his terminal illness (Idiopathic Pulmonary Fibrosis a condition as rare as Ron himself!!) prevailed, Ron remained active with his life’s mission of spreading knowledge. For example, he worked with Ismail Serageldin, the Founding Director of Bibiotheca Alexandrina, the Library of Alexandria to establish a research methodology component for which he again asked scientists across the world to donate epidemiology/statistical textbooks not currently being used and arranged for them to be shipped to Egypt. They are now made available by various means to any needing African student.

Ron, however, was not perfect. Despite his achievements with the internet and related technologies, paradoxically he was not “tech” savvy and had trouble with even simple computer and iPhone functions. He also had a terrible sense of direction and was not a detail person which often led him to turn up late and sometimes not at all, as when he flew to the wrong city (Augusta, not Alanta)! However, both attributes were part of what made this ‘superman’ more human and are quite consistent with his warmth and innate friendliness. This comes through so strongly in his mentoring and teaching capability as evidenced by his 30 PhD graduates, all of whom have had impressive careers. He was often praised as a selfless and highly devoted mentor, and it was not just his mentees who were aware of this gift. Outside faculty and researchers would often comment on how supportive, without a fault, Ron was in promoting his students. He was the role model of mentors and his students gained because of it. Ron gave it his all and required that his mentees did the same as they worked to develop their successful careers. In return, he desired nothing more than that his mentees pay it forward when training their own students. His mentees covered the globe and collectively held a range of prestigious positions including Minister of Health, Department Chair, Associate Dean, Presidents of National Societies, leading positions at the CDC and NCHS, members of the National Academy of Science and numerous pioneering women breaking gender limiting boundaries to name but a few. His teaching prowess led to his receiving both the Lilienfeld Lifetime Achievement in Teaching Award from the American Public Health Association in 2006 and the Distinguished Teaching Award from the GSPH, University of Pittsburgh.

Ron, in typical fashion, once sent a supportive email to one of his former doctoral students stating, “I want you to know that I am so lucky to have trained you”. In reality, it was his students and their students, and frankly, everyone he touched, who were the lucky ones.

Ron is survived by his loving wife, Dr Jan Dorman, of 24 years and a sister Susan Bennett, along with her husband Jerry and their children Timothy and Jennifer Bennett.

Though it is with great sadness that we say goodbye to Ron, his deep influence will continue through his many personal contacts and friendships across the world. It is doubtful if there has ever been a more inspiring “out of the box” thinker in the epidemiology world nor one with whom it was such fun to be. It is also doubtful if many have faced death with such calm and equanimity, nor with such humor, as Ron did throughout his long illness. Though those of us lucky enough to interact with him feel blest and grateful, it is especially comforting to know many across the world will be better off, through the Supercourse and his other endeavors, even though they never met our dear friend.

Gifts can be made in Ron’s memory to the Department of Epidemiology at the Graduate School of Public Health. Please visit giveto.pitt.edu/ronlaporte for more information. Please call the Development Office at 412-608-0058 with any questions.